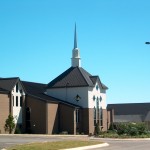 In 1887, a group of Christians only began meeting in a one-room school building on the property where the current church building now stands. It was called the Maple Hill church of Christ because a grove of maple trees surrounded it.  Brother E. G. Sewell, a preacher of some note in the Restoration Movement and a contemporary and fellow worker with David Lipscomb in both preaching and in the work of editing the Gospel Advocate, perhaps the most influential paper of the time, was the first preacher.

In the earliest days the congregants met from house to house in the manner of the first-century Christians, but the need for larger accommodations led the little group to erect its first building in 1914 after Mr. Walter Hancock gave the little congregation the property next to the school.  As the story goes, 26 used benches were hauled to the site, which was then out in the country, by team and wagon 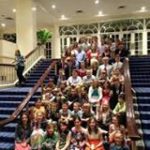 Sometime in the 1940s, the Munsey church, which was meeting at the school building on Highway 70 and Horn Springs Road, merged with the Maple Hill group.

By 1964, the group was ready for a new and larger building, and the facility at 102 Maple Hill Road, which forms the base of the present facility, was built. The auditorium was designed to contain 250 people -- pretty large for the day and time.We now refer to this auditorium as our Chapel, and it is still a favorite place for classes, smaller worship services, and many other activities.In 2003, a major addition was completed in which the new auditorium was rated to seat 1200 people.

We look forward to and plan for the future with much thanks to those who have gone before us and who provided generously for future generations.  It is our constant prayer that God will bless, direct, and above all, lead us to be the congregation that He wants at Maple Hill.